US consumers are bending but not breaking as prices soar. Can it last?

Mantz said “food insecurity” is growing once again in his 10-county region of west-central Florida after falling from its coronavirus pandemic peak. Relying on donations of food and cash, his group is serving about 1.65mn free meals a week, compared with 1.25mn before Covid-19, mainly to members of working families.

“Over the last five to six months, with the inflation spike, we are seeing more and more folks accessing our services,” he said. “We regularly see people who have two or three jobs.”

The lines forming for free food in places like Florida are complicating the debate raging over the direction of the US economy as the Federal Reserve lifts interest rates in the hopes of taming inflation without pushing the country into recession.

Hopes have grown for a softer landing in recent days as second-quarter bank earnings reports and government data releases suggested US consumers are bending but not breaking under the weight of rising interest rates and higher prices for food, petrol and shelter.

Retail sales jumped 1 per cent in June, while a University of Michigan study found that households’ inflation expectations for five years from now have fallen to 2.8 per cent from a previous reading of 3.1 per cent.

But the signs of resilience are being taken with a grain of salt, even on Wall Street, reflecting the evident strain among lower-income Americans and expectations that rising prices will eventually eat away at the finances of growing numbers of consumers.

One red flag is that Americans are putting away less of what they earn than they have in recent years. The personal savings rate fell below 6 per cent this year for the first time since 2013, according to the Department of Commerce.

Big banks like JPMorgan Chase, Citigroup and Wells Fargo braced for turbulence by collectively increasing their loan loss reserves by more than $1bn last quarter. In a sign of emerging distress, 30- and 60-day delinquencies involving the lowest-rated borrowers in auto asset-backed securities have climbed above the levels at the start of the pandemic, according to Morgan Stanley research.

Bill Demchak, chief executive of PNC, a US lender with $544bn in assets, told investment analysts that he thought “the trouble ahead lies somewhere in the middle of next year, not any time in the next six months”.

The Fed’s most recent Beige Book, published last week, found that consumer demand had started to moderate as higher food and petrol prices ate into discretionary income. The mood soured in the regions around Boston, Philadelphia and Chicago, with concerns about an impending slowdown mounting. Near Cleveland, Richmond and Dallas, business activity has begun to ebb.

Adjusted for inflation, food spending fell 5.5 per cent between January and May, the largest four-month drop since 1973, according to an analysis of Bureau of Economic Analysis data by economist Omair Sharif, founder and president of Inflation Insights in Pasadena, California.

“The declines are widespread, with consumers buying less of nearly everything,” he said. “It wasn’t a mix-shift in the categories. That’s pretty surprising.”

Rick Cardenas, chief executive of Darden Restaurants, said last month that “lower-end” diners at Cheddar’s Scratch Kitchen, a chain where the average bill is $15 per person, were coming less often and showing signs of “cheque management” — altering their orders to keep the bill low.

Discount retailers such as Ollie’s Bargain Outlet have also noted the strain among their low-income core consumers. “That individual is already in a pretty heavy pressure point to where they’re either trading out or they’re reducing their visits significantly, and they’re looking for necessities at this point,” chief executive John Swygert told analysts last month, predicting that “middle income” shoppers would be next to feel more stress as rising petrol and grocery prices deplete their savings.

By contrast, demand for goods and services targeting better off Americans remains robust. Executives from Burberry to Kroger have hailed the continued appetite for costlier items from leather bags to premium-priced Murray’s Cheese. After PepsiCo pushed prices up by 12 per cent in its latest quarter to cover its rising costs, chief financial officer Hugh Johnston told the Financial Times that, so far, “there hasn’t been much reaction from the consumer . . . Our volumes were still up.”

Fed policymakers — and Wall Street bankers — draw confidence, too, from the state of the job market. The pace of job creation has defied expectations — with 372,000 position created in June, helping to keep the unemployment rate steady at 3.6 per cent.

In recent earnings releases, JPMorgan and Bank of America, the two biggest US banks by assets, reported that consumers using credit and debit cards increased their spending by 15 per cent and 10 per cent, respectively, during the second quarter.

The exceptions to that rule are seeking help from groups such as Feeding Tampa Bay. Mantz said many of his clients come from families scraping by on low wages without access to bank accounts, credit cards or other financial products that can help consumers weather crises. 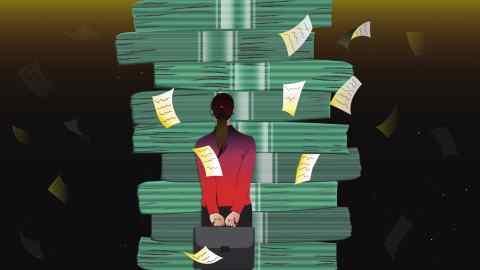 There are millions of such people in the US. In a report last year, Federal Deposit Insurance Corporation estimated there were 7.1mn “unbanked” households at the start of the pandemic, about 5.4 per cent of the total, and predicted that the number had probably grown. Unbanked rates are highest in minority communities — 13.8 per cent in African-American households and 12.2 per cent in Latino households.

Mantz said many of the people he sees depleted their financial resources during the pandemic and “don’t have anything to fall back on”. Whether the US tips into recession or not, he suspects their travails are not likely to end soon.

“We have seen over the years that the folks we serve recover last,” he said. “They are typically impacted sooner because prices rise or availability become tighter, but it also takes longer to recover because they don’t have the resources that you or I might.”

CNN  —  Baquer Namazi, an elderly American wrongfully detained in Iran, is on his way out of the country for

90% of US adults say mental health is a crisis in the United States, CNN/KFF poll finds

CNN  —  An overwhelming majority of people in the United States think the country is experiencing a mental health crisis,